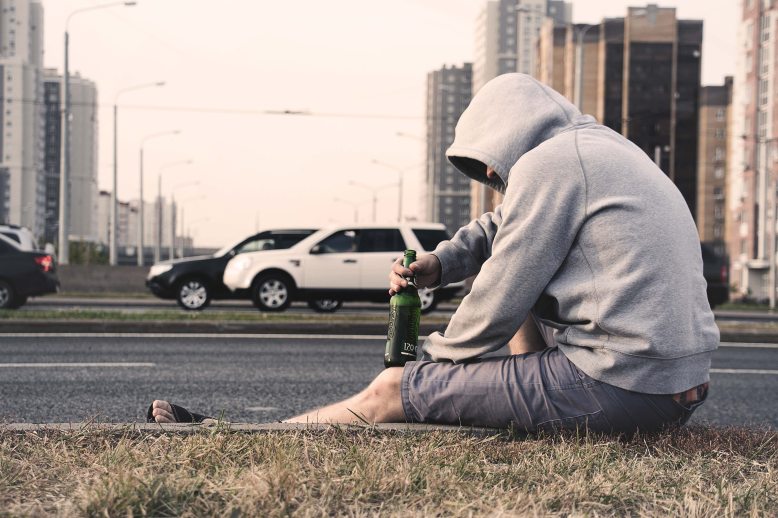 It’s the beginning of the weekend for most people; they were rushing to door errands or to have fun. For Larry, it is just another morning where he was drinking to forget his work week. When he looked around, he was clearly not in prison anymore. In his head, he was just as jammed between walls as ever. The gang controlled where he lived, what he did, and who he did it with. The only thing he had the freedom to do, was pick his own brand of beer. Lonely, but surrounded by people who were always watching him.

They check up on everything I do. Someone is probably watching me now. Why do I care? After all, I am constantly lying to them.

Larry has been out for two weeks. He was careful to do everything he was told. Martin had kept close by him his first week, now he just stopped by every once and a while, asking casual questions. Larry wasn’t sure if he was trying to be a good friend and keep him out of trouble, or if he was spying on him for the gang leader. Larry never talked to anyone outside the gang; even the grocery store and bar he went to were controlled by the gang.

Everyone around him found it very funny that Larry was going to church; they know it’s a condition of his parole, but it provided a lot of scope for the men to make jokes at his expense- which he pretended to find funny. Larry was often saying prays in his head to try and keep his temper; he knew fighting among gang members was frowned on.  He did have dreams where he bashed heads, but these were troubled dreams not satisfying; he would remember Claire and Davy and that he wanted to be the kind of man Davy could be proud of.

Larry missing Manuel who helped him understand why the priest did the things he did at the service. Manuel had a way of tying the words of the services to everyday things so that Larry could understand why the words were important. Praying helped Larry control his temper but he needed more. The gang put him in such a vice of control that he was constantly furious inside but trying to act low key on the outside.

Larry’s gang job was to dress in clean, low slung jeans and a tee shirt and hang out near high schools selling drugs. He had a small stand that was set up in a small park area immediately adjacent to the high school. This made it easy for students to gain access to drugs while looking like they were buying knock-off tee-shirts at low prices. The gang had bought a permit for Larry’s stand so whenever if ever a police officer or school official asked to see it, he could prove he was “legal”.

The gang had a very organized operation. The advertisement for drugs was word of mouth. There was a different code word each week, to try to protect the stand from undercover police who might find out a code word and try to trap him. Only regular users and small dealers in school were given the code word by a gang member who knew their face. These students would come to a different location to learn the code of the week.

If a student came up to him and just asked for a tee shirt, that was what was sold. But, if someone said the code word of the week, he would ask what size tee shirt they wanted. Depending on the size they wanted, they either got a bag of pills with their tee shirt wrapped around it or a bag of dope.

The job was easy, and he spent the day outside, but it bothered Larry. He didn’t like selling drugs in prison- but at least he was selling to adult men. Selling drugs to kids, he had given Martin a look, when he was first told what his assignment was, and Martin had clearly signaled to NEVER bring it up again; he reminded Larry in many subtle ways that they were both to always be really grateful to be out of prison and prove their gratitude by working hard and asking no questions.

Martin never said it directly, but Larry assumed Martin was telling him that he was always being watched. Sometimes, schoolteachers would stop by for a tee-shirt and he was always very friendly and always ignored it if they said the code word. Martin had been clear- his assignment was to sell to kids; all adults were suspect.  Larry had never trusted his own teachers, it never crossed his mind that any of them would be trying to protect the kids from drugs.

According to the National Institute of Drug Abuse, the use of illegal drugs increases through the preteen and teen years.  The 2018 report indicated that while 6.1% of grade students took drugs, it climbed to 9.6% of 10th graders and 12.4% of 12th graders. However, drug use has been decreasing overall and some commonly abused substances have held steady over the past three years. These have included alcohol, cigarettes, heroin, prescription opioids, MDMA, methamphetamine, amphetamines, sedatives, and ketamine have held steady over the past few years. The most abused drug of youth is alcohol (https://www.drugabuse.gov/publications/drugfacts/monitoring-future-survey-high-school-youth-trends)

Should police more frequently and intensively monitor any open spaces and buildings within two blocks of schools?