The book says share your worries and concerns with your loved one. This sharing business freaks me out.

Larry was nervous and unsure of himself. The book talked about in a good relationship, each person tried to understand the needs and wants of the other person.   Claire was clearly trying to put being a good mother first. He needed to understand when she was doing that and not assume it meant she was ignoring him.

I might lose my edge, not be the boss, if I do this? Would Claire still respect me as a man?

Larry was a lot smarter than he realized and was learning more from the book each day. Manuel didn’t need to help him read anymore, his reading skills had taken off, but they would still pass the time talking about what it said together.  All the years of abuse from his father had made Larry feel both deeply angry and deeply insignificant. He had needed constant and immediate attention from Claire, to be her one and only, to feel any sense of counting in the world.

Studying the relationship book, and reflecting on past events with Manuel, had helped Larry see how Claire’s attempts to get him to know Davy, had made him feel rejected.  It was a lot easier to see this now that Claire and Davy weren’t around, and he could talk to Manuel for hours about it. Could he do this once he left prison?  Larry was struggling to understand what a real relationship meant. But he had learned enough now to realize that what he did about gang business could have major impacts on anyone close to him.

The drug trade was a dangerous business. Larry pretended not to notice, because it was safer, but he saw how guys who didn’t pay up or who stole profits, ended up dead.  He was not going to risk anyone close to him being hurt by his decision to escape the drug trade. While pretending to sleep, Larry was often thinking about how to best protect Claire, Davy, Manuel, and especially Martin. He knew that Martin had taken a big risk bringing him into the gang. Martin would be held accountable for any mistakes Larry made.

Martin had heard about his early parole at lunch, a few minutes before Larry was called to the table. He had heard the conversation between Larry and the gang leader and recognized it wasn’t marked by the same smiles and laughter as his had been.  Martin cared about Larry as a friend, but he also cared about his own skin and his own family’s safety. The prison gang’s reach went far beyond this small prison- his family could pay for his mistakes and Larry’s.

The gang leader noticed signs of Larry’s lack of enthusiasm about his early parole deal. He had invested money in Larry, and this white guy was not going to back out; the only question was, how hard would it be to get that message across to Larry? He was keeping a watch on Larry who was still delivering all his packets on schedule and was returning all the money right away. He had also given Martin orders to keep a close watch on Larry’s action.

Martin showed up in the library and asked Larry what was wrong. Larry had started out honestly, saying he was having some doubts about the deal. A few minutes into the conversation, Larry realized that he might be endangering Martin if he told him the entire truth. It felt bad, which was a surprise, but Larry lied to Martin.  He told him his only concern really was Claire and Davy. They lived four hours from Philadelphia, and he had no money to pay for them to move; Claire had no money either.

Martin relaxed and smiled; this was not a “real” problem. He told Larry how easy it would be to save up the money to move Claire and Davy; Larry could work a few extra shifts and have plenty of money to pay the gang back for the lawyer and to move his family up to Philadelphia. They ended the conversation with smiles and a hearty handshake. They left the library together talking easily about what their first night out of jail might be like. Larry smiled and laughed a lot- he had a lot of experience keeping his real feelings to himself.

Martin went immediately back to the gang after talking to Larry; he had been very reassured by the conversation. He knew there was no backing out of the parole deal, or the move to Philadelphia. Martin genuinely liked Larry, he didn’t think he had hurt him by bringing him into gang life; in fact, Larry might be dead now if the gang hadn’t accepted him.  The core of the gang was sitting together at the back of the dining hall. Martin went up to the table and waited to be acknowledged. He then said, “No worries.  Larry is on board. He just needed help figuring out how to get his girl and son to relocate– he needs her close to really enjoy being out of jail….” Everyone started to laugh.

Larry had doubled back to the library after leaving Martin. Larry was going to put everyone’s safety first. He would have to be patient and careful- two things he knew were tough for him. He worked hard with Manuel on a new letter to Claire. Manuel was going to mail it. Larry knew he had to make sure the gang leader didn’t get a look at this letter. Manuel had a special relationship with the post master who was a regular church attender. He could get Larry’s letter out without it going through the usual chain of command. Larry knew there had to be someone in the gang who had access to this chain. It gave him a big pain in his gut, but he knew what he had to say to Claire- to keep her safe.

“Dear Claire,” he said, sweat pouring down his face. “I live for your letters but don’t send anymore. I’ve made some big mistakes.  I will explain it all to you when I get out. Just know that it is safer for you and Davy if everyone here thinks you have dropped me. He ended his letter, Love Larry.” Manuel patted Larry on the back; writing the word “love” had been hard for him; it was making a commitment to Claire he had never been able to make before.

Larry looked like he had aged ten years while writing the letter- despite how short it was. The letter had taken him thirty minutes to write. Now, Larry was staring off into space. Manuel recognized that look. He remembered how it felt on his own face, when he had written to his family that all letters must be in English; knowing they couldn’t write him in English. For Claire to be safe, the gang had to think Larry no longer cared for her and was ready to move to Philadelphia- free from any ties back home. Larry planned to act angry each mail day and complain of Claire’s laziness. He would set the groundwork for saying he wouldn’t waste any of his new money to move such a lazy bitch.

Larry walked slowly down to his cell. He felt dead inside. He had skipped dinner. This might make the gang suspicious. The next morning, he did some groaning and asked the guard to let him stay in his cell during breakfast. He  spent the morning propped up against the wall in his cell. 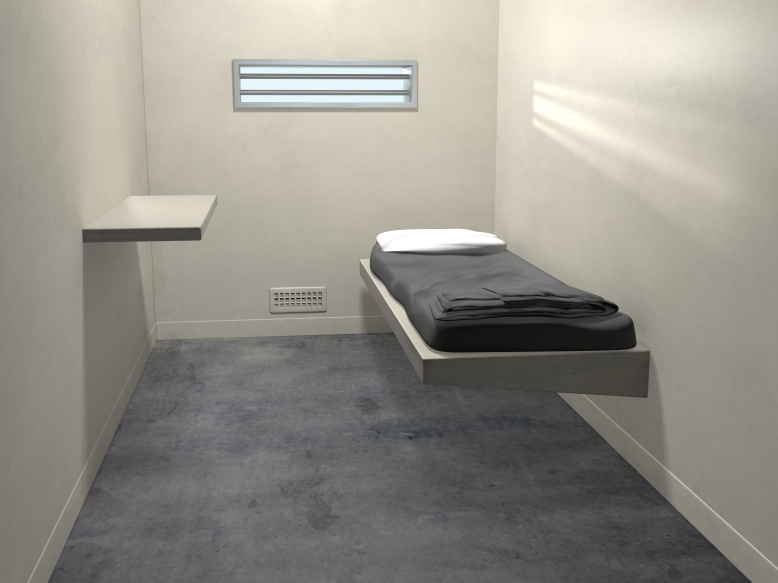 As expected, some of the gang showed up at his cell after breakfast. The gang leader said he had been missed at breakfast, what was up?   Larry gave a convincing barf and said his stomach had been queasy since eating that crap called lunch yesterday; he was focusing his mind on not throwing up and having to see that stuff again. Everyone laughed. Larry said he probably would be skipping meals for at least the rest of the day but if he was needed to run any…. errands, he thought he could handle it. The gang leader nodded in approval, handed him some packets through the bars and told him to get better soon- the attorney handling the parole would be showing up soon.

Can Larry get out of the drug trade? Would the gang care enough about him to track him down if he ran after getting out of jail?

If you want to read more about prison gangs, go to: